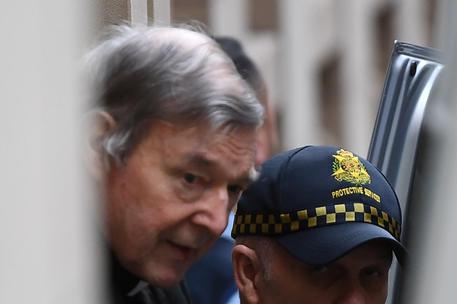 (ANSA) - Vatican City, August 21 - The Vatican has stressed that the most senior cleric in the world to be convicted of child sex abuse, Cardinal George Pell, has the right to appeal to Australia's High Court after his appeal was rejected on Wednesday.
"While reiterating its respect for the Australian judicial system, as stated on 26 February after the first instance verdict was announced, the Holy See acknowledges the court's decision to dismiss Cardinal Pell's appeal," a statement released by the Vatican said. It added that "the Cardinal has always maintained his innocence throughout the judicial process and that it is his right to appeal to the High Court." Pell had been convicted of one count of sexual penetration of a child under the age of 16 and four counts of an indecent act against a child under the age of 16 and was sentenced in March to six years in prison.
The charges were for sexually abusing two 13-year-old choirboys in 1996 when he was archbishop of Melbourne.
One victim testified in court while the second victim died of a heroin overdose at the age of 30 in 2014. The Vatican statement ended by saying that "together with the Church in Australia, the Holy See confirms its closeness to the victims of sexual abuse and its commitment to pursue, through the competent ecclesiastical authorities, those members of the clergy who commit such abuse."