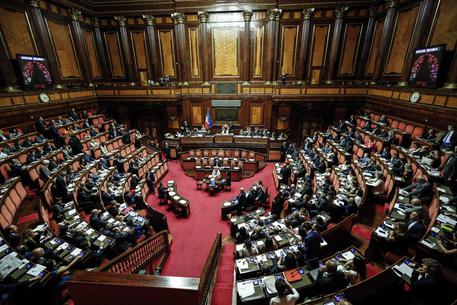 (ANSA) - Rome, August 5 - Premier Giuseppe Conte's government faces a big test later on Monday when Interior Minister Matteo Salvini's second 'security' decree goes to a confidence vote on the Senate. The focus is on whether a number of lawmakers for the 5-Star Movement (M5S), the coalition partner of Salvini's League party in government, will rebel and vote against the package. The aim of the legislation is to build on the security-and-migrantion decree that was approved last year and was also drafted Salvini, who has spearheaded the government's tough stance of denying NGO-run migrant-rescue ships access to Italian ports.
Among other things, the new decree would see people and organizations who rescue people at sea and take them into Italian waters without permission subject to big fines. Critics have said it could undermine the human rights of asylum seekers and the victims of torture.
The United Nations and the Council of Europe have expressed reservations about the decree.