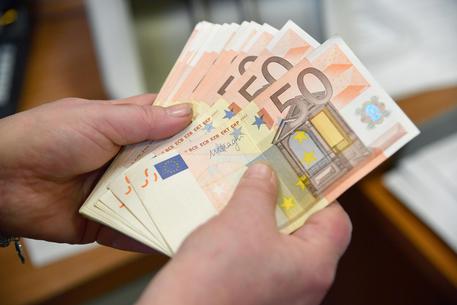 (ANSA) - Rome, June 17 - Andrea Garnero of the Organisation for Economic Cooperation and Development (OECD) said a proposed nine-euro gross minimum hourly wage in Italy, despite being the "highest of OECD countries" at the moment, "isn't the solution to the Italian salary issue or to problems of the Italian job market". Garnero spoke at a hearing on the topic before the Lower House Labour Committee.
"It's a legitimate tool, interesting, with some potential, but also with some limitations," Garnero said.
The ruling 5-Star Movement (M5S) of Deputy Premier Luigi Di Maio has vowed to introduce a minimum wage as a priority measure.

Deputy Premier Luigi Di Maio told the ministers from his anti-establishment 5-Star Movement (M5S)
Monday that the government would soon introduce a a flat tax, a minimum wage and a law on conflicts of interest.
"We will do the flat tax and it will be aimed at the middle class," said the labour and industry minister.
"Cutting taxes is indispensable and we want to boost our
economy.
"So onward like a train on this point."
The government will set a new minimum wage for three million workers, Maio told the M5S ministers.
"Now the next step is the minimum wage," he said.
"Restore dignity to around three million underpaid workers.
"It's a law present in many European countries and Italy cannot stand by and watch".
A law regulating conflicts of interest is also among the government's priorities, Di Maio told his ministers.