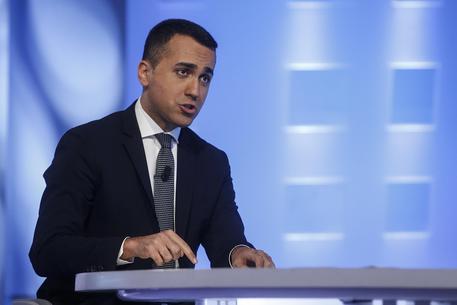 (ANSA) - Sassari, June 14 - Italy will be responsible but not stupid in talks with the European Commission aimed at averting an infringement procedure for high debt, Deputy Premier Luigi Di Maio said Friday.
"We must face this infringement procedure in order to safeguard Italy's accounts, but also to cut taxes," he said.
"We will be responsible but not stupid, let it be clear, because if people are thinking of wanting to cut services, pensions, resources for schools and universities, they will find a reinforced concrete wall in the government.
"So responsibility but also loyalty towards the Italians," he said on an electoral tour ahead of municipal elections on Sunday.
Di Maio also said Brussels could not dictate the date of a general election in Italy.
"It would be a mistake to decide to go to early elections on the basis of what Europe says," he said.
Di Maio said the government still had much to do.
"We must cut MP's salaries, introduce prison terms for major tax dodgers and act in the interests of citizens.
"I don't want to stay in government to get by or to quarrel, but to do determined things".

Eurogroup President Mario Centeno on Friday called on Italy to come in line with the EU's budget rules after a meeting of eurozone finance ministers in Luxembourg. The European Commission said last week that an infringement procedure would be justified for Italy's failure to comply with the debt rule, while stressing that the proceedings have not been opened yet and it is open to talks. "The Eurogroup listened to the Commission's proposals on Italy and supports the request to take the necessary measures to respect the budget rules," Centeno said.
European Economic Affairs Commissioner Pierre Moscovici thanked Centeno for his support of the EU executive's stance on Italy.
"There is clear support for our analysis and our approach," Moscovici said.
"Now we'll continue with the preparatory work that could lead to the procedure, while remaining ready to evaluate every element that Italy may bring.
"The door is still open. We are in listening mode".