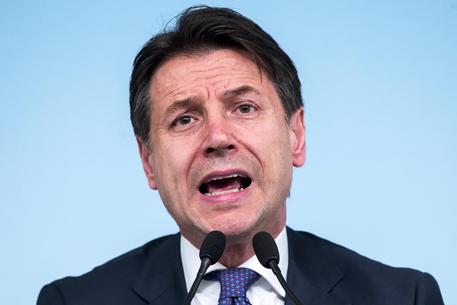 (ANSA) - Rome, May 8 - Premier Giuseppe Conte has decided to sack Transport Undersecretary Armando Siri, who is under investigation in a corruption probe, after discussing the issue at a cabinet meeting on Wednesday The case has caused considerable tension within Conte's coalition government.
Deputy Premier and Interior Minister Matteo Salvini has strenuously defended Siri, a member of his League party who denies any wrongdoing.
But the anti-graft 5-Star Movement (M5S) of fellow Deputy Premier Luigi Di Maio had been pressing hard for Siri to go.
"There will be a decree for Armando Siri's dismissal," Conte said as he arrived for a meeting with a group of young Russia Jews at Rome's Great Synagogue.
"There was a frank discussion at the cabinet meeting, after which full confidence was expressed in me and the government took the right decision. "We are moving forward with the trust of the citizens, without which we cannot consider ourselves the government of change". The undersecretary is under investigation over an alleged bribe to favour a Sicilian windfarm king linked to Cosa Nostra's No.1 fugitive Matteo Messina Denaro.
He was also under pressure because of a plea bargain for fraudulent bankruptcy and a probe has been opened into his purchase of a property near Milan too.
League sources said the party had expressed its opposition to Siri's dismissal, while acknowledging that Conte had the right to ask for him to be removed. "Enough fighting and rows," the League sources said.
"There is lots to do: the flat tax for families, companies, (regional) autonomy, justice reform, the opening of (public works) sites, development and infrastructure.
"Enough chatter, enough noes and delays". Di Maio said the whole cabinet had decided to dismiss Siri and argued it was not a victory for the M5S but for all "honest Italians".