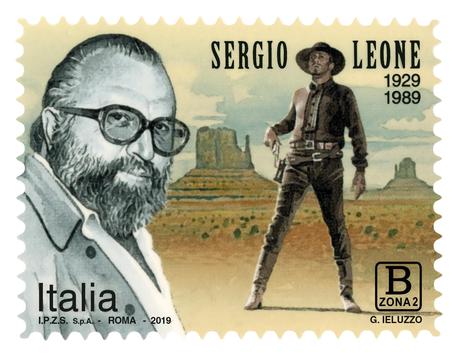 (ANSA) - Rome, April 30 - The Italian post office issued a stamp Tuesday to mark the 30th anniversary of great director Sergio Leone.
The stamp shows the baddie from his masterpiece One Upon A Time In The West played by Henry Fond.
Leone, who died on April 30, 1989 aged 60, was credited as the inventor of the Spaghetti Western genre starring Clint Eastwood.
Leone's pioneering film-making style included juxtaposing extreme close-up shots with lengthy long shots. His movies included the sword and sandal action films The Last Days of Pompeii (1959) and The Colossus of Rhodes (1961), the Dollars Trilogy of Westerns featuring Eastwood: A Fistful of Dollars (1964), For a Few Dollars More (1965) and The Good, the Bad and the Ugly (1966); Once Upon a Time in the West (1968); Duck, You Sucker! (1971) and the crime drama Once Upon a Time in America (1984), with Robert De Niro and James Woods.