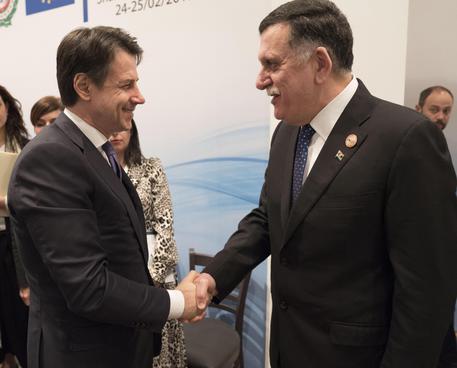 (ANSA) - Rome, April 15 - Some 800,000 migrants are set to invade Italy from conflict-torn Libya, Premier Fayez al-Sarraj told Corriere della Sera Monday.
"Do something quickly," he said, "the worsening of the situation in Libya could push 800,000 migrants and Libyans to invade Italy and Europe".
Among them, he said, were criminals and, above all, jihadists linked to ISIS.
Sarraj thanked Italy for its mediation and support for peace in Libya.
Eastern Libyan strongman General Khalifa Haftar has "betrayed Libya and the international community" with his offensive on the UN-backed government in Tripoli, Sarraj said.
"We need Rome and the EU to be united and firm in blocking Haftar's war of aggression," he told journalists.
"I thank Italy for keeping its embassy open, for keeping the Misrata field camp and for the political support that the Conte government is offering us.
"We are faced with an aggression that might spread its cancer in all the Mediterranean".