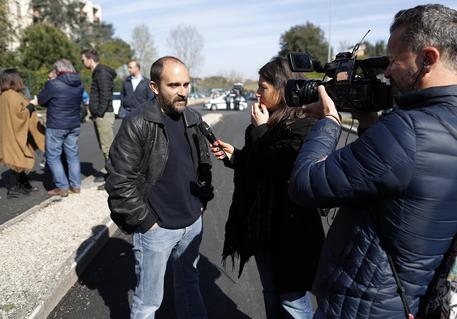 (ANSA) - Rome, April 10 - Former Democratic Party (PD) Rome commissioner Matteo Orfini said Wednesday he would not apologise to former mayor Ignazio Marino after his acquittal in an expenses case that contributed to his ousting by the PD itself.
Orfini said that, above and beyond legal matters, Marino had been shown to be "unfit" to be mayor.
"Marino was not fit for that role, he was running Rome badly, the city was a disaster," said Orfini, also a former PD party chair.
Orfini said he had made clear at the time that the decision to get rid of Marino was not linked to the expenses case.
"My choice was a political one," he said.
Marino said earlier Wednesday that being acquitted in the restaurant bill graft case that contributed to his ouster is "a relief but I can't say I'm happy". "I'm thinking, in fact, of all the people, family members, friends, companions in dreams and projects who have suffered with me, and for me, in these years," he said.
The Cassation Court on Tuesday quashed a two-year term for alleged graft for Marino.
The supreme court issued its verdict because "no crime was committed" in a case of alleged embezzlement and fraud over receipts for hospitality dinners.
Marino, of the centre-left Democratic Party, had been acquitted at first instance and convicted on appeal.