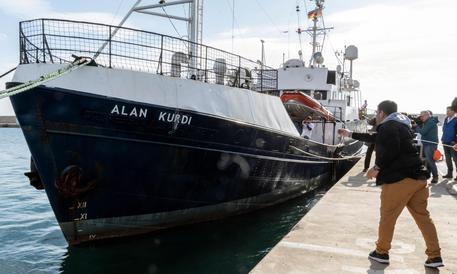 (ANSA) - Rome, April 4 - The Alan Kurdi ship belonging to German migrant rescue NGO Sea Eye is heading for the Italian island of Lampedusa with its 64 rescued migrants, according to radar evidence confirmed by informed sources Thursday.
After sailing north, they said, the ship has veered westwards and is now about 30 sea miles from the southern Italian island.
The Alan Kurdi has reportedly asked Italy's maritime coordination centre for a safe port.
Overnight, when it was in Maltese waters, it made the same request to Valletta.
Interior Minister Matteo Salvini, who has closed Italy's ports to migrant rescue NGO vessels, said the government has written to the German government asking it "to take on the problem".
He said "the interior ministry has warned the ship not to enter Italian waters".
Salvini said "other lives put at risk by a foreign NGO, having left Libyan waters in the direction of Italy".