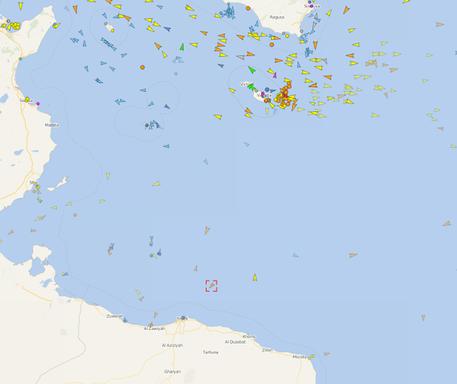 (ANSA) - Rome, March 27 - A group of migrants have reportedly hijacked a merchant ship off Libya, Interior Minister Matteo Salvini said Wednesday.
He said the ship had been heading for Libya after rescuing the migrants off Libya but was now heading for Malta or Lampedusa.
"It would be the first act of piracy on the high seas, with migrants who have hijacked a ship that had reached 6 nautical miles off the Libyan coast," he said.
Salvini said there was no chance of the migrants being allowed to land in Italy.
"They should know that they will only see Italy with a telescope", he said.
The interior ministry said later that the ship, the Elhiblu I, was heading north.
It said "it made an abrupt change of course after the vessel had arrived six miles from the entry into the port of Tripoli".
"They're not shipwrecked migrants but pirates," Salvini told reporters.
"Poor migrants who hijack the merchantman that saved them because they want to decide the course," he added on Facebook later.
He held up a map showing the ship halfway between Malta and Italy and reiterated "I tell the pirates, forget Italy. This is the clearest demonstration that it is not a rescue operation but a criminal traffic in human beings who even arrive at hijacking a private vessel. It is an act of criminality, or organised crime. Italian waters are off-limits to criminals". Also Wednesday, a Libyan motor launch intercepted and saved 120 migrants in Libyan search-and-rescue waters, and is now returning to Tripoli.