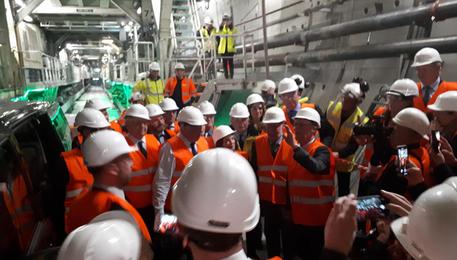 (ANSA) - Turin, march 27 - The European Union will fund 50% of the controversial Turin-Lyon high-speed rail (TAV) link, Piedmont Transport Councillor Francesco Balocco said after meeting European Coordinator for the Mediterranean Corridor Iveta Radicova in Mantua Wednesday.
The TAV project has been put on hold by the government after the 5-Star Movement (M5S) stressed the importance of a cost/benefit analysis that showed Italy would lose out to the tune of 7-8 billion euros.
But the other government partner, the League, has said the project must be completed saying the analysis was biased and flawed.
Balocco said the funding news was "important".
Funding has been an issue because the M5S says Italy is paying more than its fair share, while the League says both funding and the scale of the project can be cut to allow it to go ahead.
France has stressed Italy's treaty obligations to complete the project.