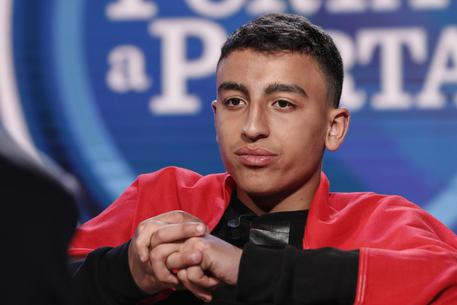 (ANSA) - Rome, March 26 - Interior Minister and Deputy Premier Matteo Salvini on Tuesday said Italy would grant citizenship to a 13-year-old Egyptian boy who hid his phone from a school bus hijacker and called police to rescue 51 kids before he torched the vehicle near Milan last week.
Salvini had initially said he needed to conduct background checks on Ramy Shehata's father's alleged criminal record before considering citizenship for his son.
But Salvini said Tuesday: "yes to citizenship for Ramy because it's as if he were my son and he showed he understood the values of this country." Salvini said that for "acts of skill or bravery laws can be overcome," referring to Italy's citizenship law which only allows foreigners born in Italy to apply for citizenship when they have become 18.
Salvini had been pressed to grant Ramy citizenship by his government partner Luigi Di Maio, the other deputy premier.