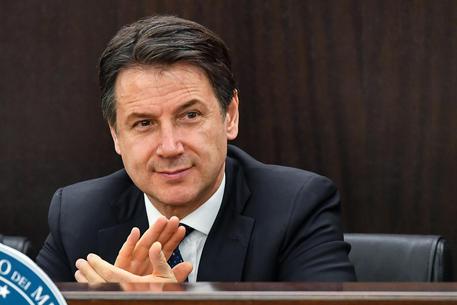 (ANSA) - Rome, March 15 - Premier Giuseppe Conte on Friday confirmed that his government intends to sign a memorandum of understanding with the Chinese government for its Belt and Road Initiative. The huge infrastructure plan aims to create a sort of modern Silk Road, with rail, road and port projects.
"Yes, the memorandum will be signed," Conte said. "The memorandum is a non-binding framework agreement. It is not an international accord". The moved came despite government tension between senior partner the 5-Star Movement (M5S), which welcomes the deal, and junior partner the League which has warned against alleged colonisation.
Deputy Premier and Labour and Industry Minister Luigi Di Maio, the M5S leader, said that signing up for China's infrastructure initiative to create a sort of modern Silk Road will boost Italy's sovereignty rather than reduce it.
"Today the Made in Italy brand wins," Di Maio said after a meeting with Premier Conte and other senior government figures.
"Italy has decided to be more sovereign with the Belt and Road Initiative.
"It is not a political agreement with China but a trade opportunity.
"Indeed, the United States remains our main ally and NATO is our natural home.
"This is a surge forward by Italy, a change of pace towards the future".
M5S sources said the government would give the green light to the memorandum, to be signed with visiting President Xi Jinping later this month, "without any major modifications to the framework agreement".
But League sources said "checks" would have to be made on how far the deal affects Italy's telecommunications and ports sectors.
"National security comes before everything else," they told reporters.
"Only then does the interest of the Italian economy come into it," they said. Conte sought to allay fears, saying that "we are the only ones to have stressed respect for EU rules" and underscoring that "we will reinforce golden power to reinforce national interests".