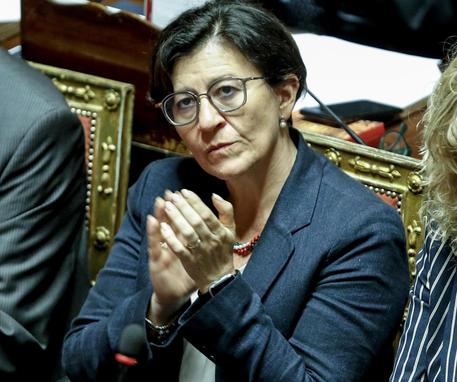 (ANSA) - Rome, March 6 - A Women's Day leaflet issued by the Crotone branch of the League decrying women's self-determination is "shocking", the female ministers of its government partner the 5-Star Movement said Wednesday - prompting League leader Matteo Salvini to distance himself from "certain passages".
The leaflet issued by the Calabrian branch says "those who claim self-determination arousing rancorous attitudes towards men offend the dignity of women".
Defence Minister Elisabetta Trenta, Health Minister Giulia Grillo and Minister for the South Barbara Lezzi said the leaflet "takes us back years.
"As women in this government we express our deepest concern.
We hope and trust that the League leaders will distance themselves as soon as possible".
The centre left opposition Democratic Party (PD) also decried the leaflet as "aiming to take women back to the Middle Ages", to their former exclusive roles as housewives and caregivers.
The Crotone League branch defended itself by saying the leaflet was a "hymn to the central role of women.
"Some on the left propitiate a war between the sexes, while we want an alliance," it said.
League leader and Interior Minister Salvini said "I was not aware of (the leaflet) and I don't share certain passages.
"I'm working for equal dignity between men and women and between fathers and mothers".
photo; Trenta and Lezzi