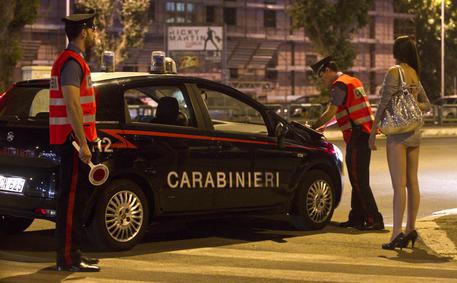 (ANSA) - Monfalcone, February 28 - Italy should reopen brothels which were closed by a landmark 1958 law, despite the move not being in the government contract with the 5-Star Movement (M5S), Interior Minster and League leader Matteo Salvini said Thursday.
"I was and I continue to be in favour of reopening brothels," said the rightist leader and deputy premier.
"It's not in the government contract, because the M5S don't agree, but I continue to think that taking this business away from the mafias, the streets and from degradation, also from a health standpoint, is the right path and that the Austrian model is the most efficient one".
Pia Crove, founder of a prostitutes' civil rights group, said "I think Salvini's brothels are a system of mass distraction.
"They always talk about the issue in electoral campaigns, when they don't want to face real problems".
Crove pointed out, for instance, that "in Germany only 6,000 out of 200,000 sex workers registered to pay taxes".