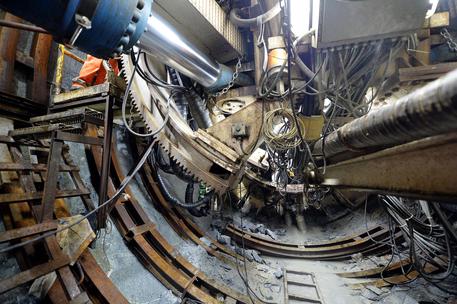 (ANSA) - Rome, February 15 - A European Commission spokesperson on Friday called on the Italian government to clarify its stance with regard to the TAV Turin-Lyon high-speed rail link project. The Italian transport and infrastructure minister this week published a new cost-benefit analysis of the TAV that gave the project the thumbs down. The 5-Star Movement (M5S) has long been against the TAV and wants it ditched. But Deputy Premier and Interior Minister Matteo Salvini, the head of the League, the M5S's coalition partner, has said he thinks the project should go ahead and is not convinced by the new analysis. So the future of the project is uncertain.
"We have no comments about the content of the cost-benefit analysis but the Commission was clear with the Italian authorities about the need for further clarification about how Italy intends to respect the financing agreement," said a spokesperson for Transport Commissioner Violeta Bulc. "It remains an important project for Italy, France and the EU as a trans-European project and to reinforce cohesion".
The spokesperson also said it was impossible to rule out the hypothesis that Italy could be asked to return the European funding it has received for the project if it is halted.