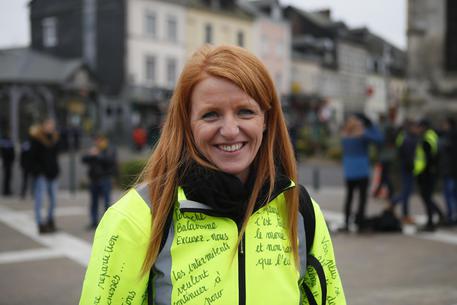 (ANSA) - Paris, February 6 - The head of one of the Yellow Jackets lists, Ingrid Levavasseur, on Wednesday denied that the butcher who 5-Star Movement (M5S) leaders Luigi Di Maio and Alessandro Di Battista met in Paris Tuesday was the spokesman for her list, but said she would be "honoured" to meet Di Maio at some point.
She said reports that Christophe Chalencon was the RIC list spokesman were "false".
M5S leader Di Maio and No.2 Di Battista agreed to cooperate with Chalencon in view of the May European elections.
Levavasseur said Chalencon "wanted to show off with the Italians".
She said the meeting with Di Maio "has no link to the RIC list".
Speaking to ANSA later, Levavasseur said "I don't say we shouldn't meet Di Maio.
"Quite the opposite, I would be honoured to be able to meet him, but not now, it's too early.
"I've always said I would like to do so at the end of February, when we have structured ourselves better.
"But yesterday a meeting was organised behind my back.
"What Chalencon did was dishonourable.
"I'm only sorry that Di Maio was blindsided by all this situation and it is certainly not his fault".
M5S sources said that they had sought "dialogue but not alliances".