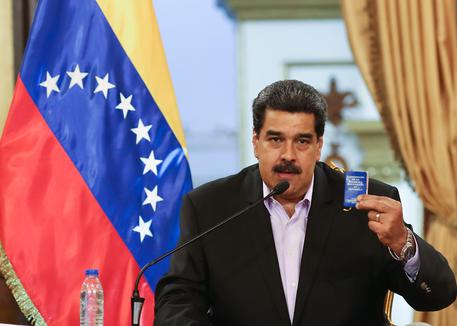 (ANSA) - Rome, January 31 - The two government partners, the anti-establishment 5-Star Movement (m5S), and the anti-migrant Eurskeptic League party, were split Thursday over whether Venezuelan opposition leader Juan Guaidò should be recognised as new president replacing Nicolas Maduro.
Foreign Undersecretary Manlio Di Stefano said Thursday that Italy did not recognise Juan Guaidò as interim president of Venezuela in his clash with President Maduro.
"Italy does not recognise Guaidò because we are totally against the fact that a country or a group of third countries can determine the internal politics of another country," he said.
"It is called principle of non-interference and is recognised by the United States".
Di Stefano was commenting on the European Parliament's recognition of Guaidò as legitimate interim president of Venezuela.
But Foreign Undersecretary of the League party Guglielmo Picchi said that Maduro's time as Venezuelan President was, in the view of the Italian rightwing populist party, over.
Picchi tweeted: "Maduro? let him call new elections authorising independent observers sending OSCE and operating out of theatre. "The League considers the Maduro presidency terminated".