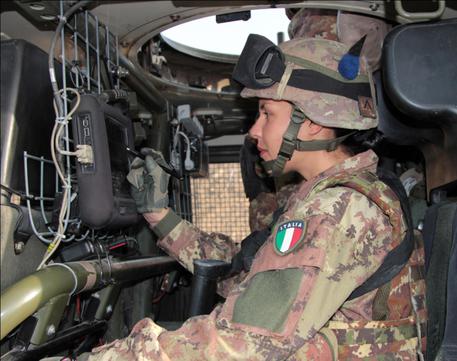 (ANSA) - Rome, January 28 - Italy could pull its contingent from Afghanistan within a year, defence ministry sources said Monday - but Foreign Minister Enzo Moavaro Milanesi said this was the first he had heard of it.
"(Defence) Minister (Elisabetta) Trenta has instructed the Interforce Operating Command (COI) to assess the start of planning to withdraw the Italian contingent in Afghanistan," the sources said.
"The time frame could be 12 months," they said.
The anti-establishment 5-Star Movement's (M5S) MPs on parliamentary foreign affairs committees welcomed Trenta's decision as "very positive".
M5S No2 Alessandro Di Battista hailed the reported move as "splendid news".
But League sources said "let's do what is needed to restore peace and stability. At the moment no decision has been taken but only an assessment by the competent minister".
The M5S and the League are the two government partners.
Trenta's request to assess the pullout was "shared with the premier's office", government sources said Monday evening.
The Trump administration's announcement late last month that it wanted to halve US troops in Afghanistan from 14,000 to 7,000 had repercussions on Italian plans for a reconfiguration of its own 800-strong contingent, sources said Monday.
A reduction had already been envisaged but thus far a complete closure of the mission had not been discussed, they said.
Italian soldiers have been in Afghanistan since 2003.
Asked about Trenta's reported move, Moavero said "I'm learning of this now, that she reportedly said it today. She didn't talk to me about it".
"As soon as I get back to Rome," he said on a visit to Israel, "or as soon as I manage to hear from Minister Trenta, we'll talk about it again".