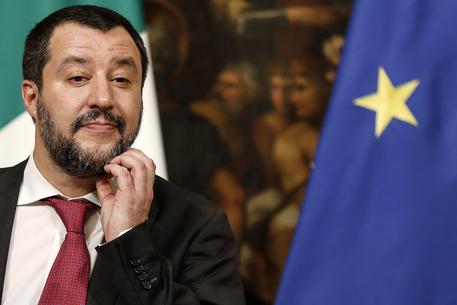 (ANSA) - Rome, January 22 - Deputy Premier and Interior Minister Matteo Salvini said Tuesday that France had no reason to be upset after Paris summoned the Italian ambassador over comments made by fellow Deputy Premier Luigi Di Maio about French policy in Africa. Labour and Industry Minister and 5-Star Movement (M5S) leader Di Maio said France allegedly "impoverished" Africa with what he called the "franc of the colonies", adding that "in order to keep the Africans in Africa, it would be enough for the French to stay home".
Salvini suggested he did not think this was unjustified.
"The migrant problem has many causes," League leader Salvini told Mediaset television.
"In Africa some take away wealth from the people and the continent and France is among them".
The minister added that, in Libya, France's "interests are the opposite of Italy's" arguing that Paris has "no interest in stabilizing the situation". "(France) has little to get angry about because it has turned back thousands of migrants, including women and children, at the border," he continued.
"I don't take lessons on humanity and generosity from (French President Emmanuel) Macron".