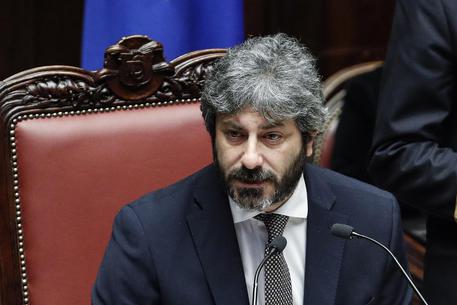 (ANSA) - Naples, January 21 - House Speaker Roberto Fico said Monday he agreed with the No.2 in his anti-establishment 5-Star Movement (M5S), Alessandro Di Battista, that government partner the League must repay 49 million euros its predecessor, the League, owes the State in a party funding fraud case. "Those who make mistakes must pay and sentences must be respected," said Fico, referring to a ruling on which the League led by Interior Minister Matteo Salvini has pledged to repay the sum in instalments of 600,000 euros a year, which would take about 80 years.
Di Battista apparently implied that the repayment should happen much faster.
On November 26 the Genoa appeals court on Monday upheld a one year, 10 month term for former Northern League leader Umberto Bossi and a three year nine month term for ex-treasurer Francesco Belsito in the party funding fraud case.
Also upheld was the seizure of 49 million euros from the Northern League, which will now be carried out by its successor, Salvini's League. On September 18 lawyers representing the League agreed on an arrangement with prosecutors for the seizure of party funds related to the convictions for fraud.
Under the arrangement, 100,000 euros will be confiscated every two months for a total of 600,000 euros a year.