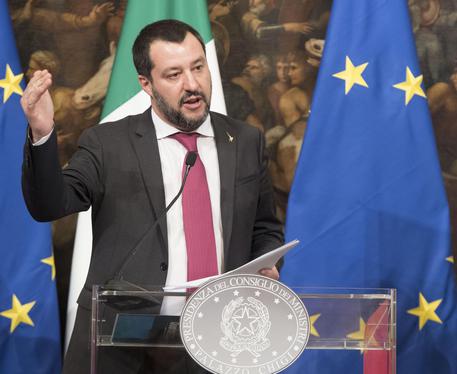 (ANSA) - Rome, January 18 - The government's bill on legitimate-self-defence will be approved by the end of February, Deputy Premier and Interior Minister Matteo Salvini said on Friday. The bill would introduce rules similar to the US stand-your-ground laws where virtually all forms of self-defence on one's property against intruders are deemed legitimate.
"Many people are asking me when parliament will approve the legitimate-defence law after years of chatter," said League leader Salvini.
"(The answer is) by the end of February. The aim is to (protect) the sacrosanct right to legitimate defence of good citizens, shopkeepers, entrepreneurs and farmers.
"This will be recognised by the Italian law by the end of February. "The job of being a robber will be a little more difficult and a little more risky". Francesco Minisci, the president of the Italian magistrates union ANM, recently warned that the bill risked "legitimizing serious illegal conduct, including homicide".
He also said there was the danger that the bill could be "unconstitutional".