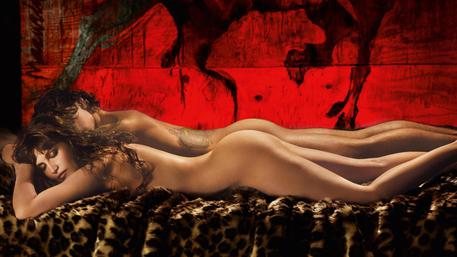 (ANSA) - Milan, December 5 - In the era of #MeToo and as higher levels of attention are granted to how widespread violence against women is across the world, the 2019 Pirelli calendar attempts to show women's challenges and successes.
In the 46th edition of the calendar, shot by photographer Albert Watson in April between Miami and New York, 40 photos in black and white and color tell of the lives of women trying to achieve their goals, dreams and passions with commitment, courage and foresight. The photos are part of 4 small "docu-films" starring model Gigi Hadid with designer Alexander Wang, actress Julia Garner, ballet dancer Misty Copeland, Calvin Royal III, Laetitia Casta and Sergei Polunin. The calendar seems to be far from the transgressive images seen in the calendar by Steve Meisel in 2015.
Watson asked his models to show off their dreams, following in the path trailblazed by Annie Leibovitz in 2016 and then continued by Peter Lindbergh (2017) and Tim Walker (2018). The Scottish fashion photographer studied graphic design and film before trying his hand at photography in 1971.
Watson said that the initial idea was to make a four-part documentary film, adding that he usually focuses on fashion, ads and film posters. However, he thought that a combination of graphic design and cinema would help to create a new trend, both in the combinations - an engaged couple, two female friends and a single woman and her male friend - and in the stories. He said that since the sexually explicit 'pin-up' sort of calendar had been explored many times in the past, now exploring cinema would be interesting. But the concept, he said, aimed to "explore women", after which the idea of their dreams and incorporating the meaning behind reflecting on the future.
The ballet star Misty Copeland said that the message was a symbolic one, expressing the idea that women are making themselves heard and that they have important things to say.