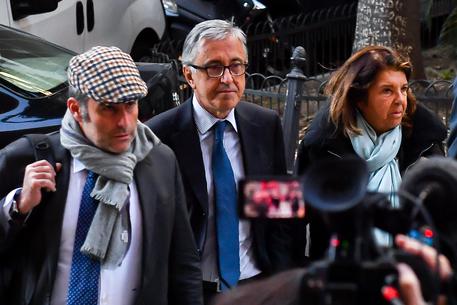 (ANSA) - Genoa, November 28 - Giovanni Castellucci, the CEO of highways company Autostrade per l'Italia (ASPI), on Wednesday exercised the right not to respond to questioning by prosecutors probing August's Morandi-bridge collapse disaster in Genoa in which 43 people died.
Castellucci is among 21 people who are under investigation in relation to the collapse of the Morandi bridge. ASPI and another company, SPEA, are also being probed. The manager declined to answer to the magistrates' questions and instead made a statement during an hour-long meeting, judicial sources said.
Speaking to reporters, Castellucci appeared to confirm reports that he was set to quit ASPI to focus on its parent company, Atlantia. "Given the important role that Atlantia has taken up recently at the global level, the process of reducing my responsibilities in Autostrade, which started before the tragedy, has resumed," Castellucci said.