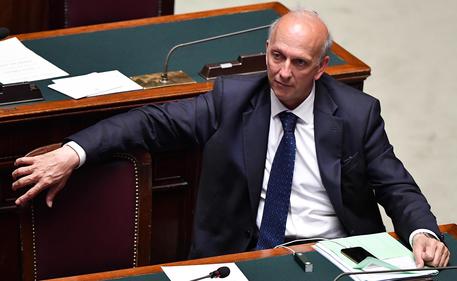 (ANSA) - Milan, October 22 - The mayor of Lodi near Milan where migrant children were effectively excluded from school meals because of stringent income documentation norms "only applied the law", Education Minister Marco Bussetti said Monday.
"I think the mayor wants to get down to the needs of people but also ensure norms," he said, accusing the centre left of "exploiting" the case to score political points.
Lodi Mayor Sara Casanova, of the anti-migrant League party, has stood by controversial new regulations in the northern city that have seen the children of many migrants unable to have access to school canteens and school bus services.
Bussetti is an independent seen as close to the League.
The case has spurred a solidarity drive with money coming in from pro-migrant groups around Italy to help the children access meals.
The regulation demands that migrant parents must submit documentation from their countries of origin about their wealth and income, in addition to certification from the Italian authorities, as part of means-testing for these services.
The administration has come under fire as the move has reportedly led to around 200 migrant children being denied admission to school canteens.
"I'm sorry that not everyone agrees with the principle of fairness that is at the basis of this resolution, which aims to put Italians and foreigners in the same condition at the starting point to show their income and the assets they own," Casanova said.
The mayor stressed that the city administration has pledged to find solutions for families unable to provide the documentation requested from their homelands.
Following protests against the Lodi town council decision that had in practice made about 200 migrant children ineligible for discounted school lunches, the local administration on Friday brought in new guidelines easing requirements.
The regulations do not allow for self-certification. It is extremely difficult for many foreign parents to get documents showing that they do not hold property in their countries of origin.
Self-certification will now be possible if accompanied by a statement from the migrants' country of origin stating the impossibility for that country to issue the necessary certification or that certification for real estate holdings is limiting only to part of the national territory.
Similarly, a new rule in Veneto requires that migrant families must present certification about their assets in their countries of origin, in addition to Italy's ISEE income-and-wealth certification, to have access to a couple to spend on school books.
The rule is cited on the instructions section of the region's website.
The Veneto branch of local-authorities association ANCI added that the certification demands regarded all economic benefits, not just those for school books.