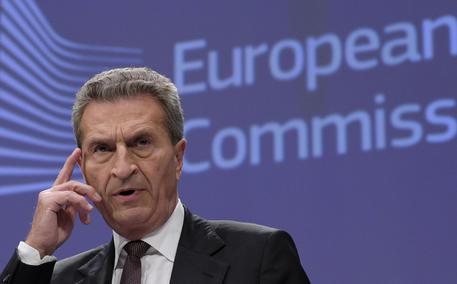 (ANSA) - Berlin, October 17 - The European Commission will reject Italy's budget bill, Budget Commissioner Guenther Oettinger told Der Spiegel on line Wednesday. The magazine said a letter from Economic Affairs Commissioner Pierre Moscovici should arrive in Rome on Thursday or Friday.
Oettinger said "the hypothesis that the 2019 budget draft is not reconcilable with the EU's existing obligations has been confirmed." Moscovici will not make a counter-proposal, Der Speigel said, but will restrict himself to pointing out the violations of the reference data.
Rome sent the budget draft to the EC on Tuesday night, at the last minute, Der Spiegel said.
The EC is reacting unusually quickly, it said, since it had two weeks to reply.
Italy will now have to present a new draft, the magazine said.