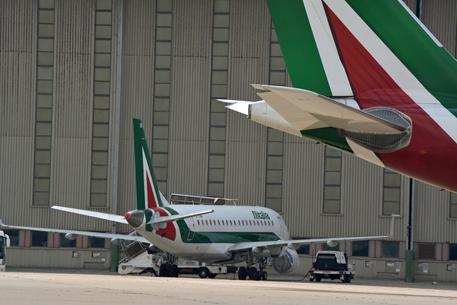 (ANSA) - Rome, October 12 - Alitalia may become a newco with the State taking a stake along with rail company Ferrovie dello Stato (FS), Premier Giuseppe Conte said Friday.
He said the troubled carrier, which is running out of money despite a government bridge loan, could "create synergies with FS" and there would be the possibility of having a single rail-plane ticket.
This would not be a State rescue but a relaunch of the airline, Conte stressed.
Labour Minister Luigi Di Maio met unions and said "I will safeguard the workers".
Di Maio said there had been many expression of interest from potential business partners, also from airline companies.
The other deputy premier, Matteo Salvini, said "there's not going to be any cheap sell-off, but a serious relaunch".
He said "we need an efficient flag carrier at the service of the country".
Sources at Conte's office reiterated: "Alitalia will be a flag carrier, the government is united on that".