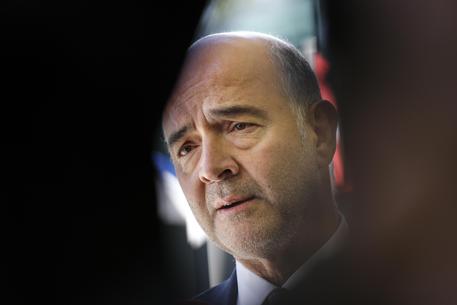 (ANSA) - Brussels, October 3 - Italy's League/Five Star government is Euroskeptic and xenophobic, European Economic Affairs Commissioner Pierre Moscovici said Wednesday.
"Like the Hungarians, also the Italians have opted for a decidedly Euroskeptic and xenophobic government which, on migrant and budget issues, is trying to get out of European obligations," he said.
Moscovici was addressing a conference at the OECD's Paris HQ.
Moscovici is "talking through his hat" because there is "no racism or xenophobia in Italy," Interior Minister Matteo Salvini, head of the anti-migrant League party, said Wednesday.
"Moscovici is talking through his hat, there's no racism or xenophobia in Italy, but finally a government chosen by citizens which has blocked migrant smugglers and shut the ports to clandestines," said the deputy premier.
"We are fed up of the insults coming from Paris and Brussels".