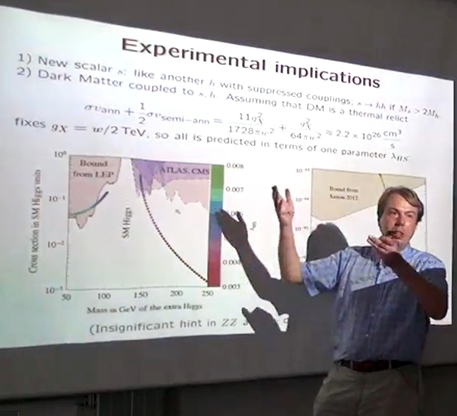 (ANSA) - Rome, October 2 - Gender politics has warped hirings and promotions in the world of physics to such an extent that women less deserving than their male counterparts have got jobs they are less qualified for, an Italian physicist claimed Friday in a presentation that got him suspended by the CERN particle physics lab in Geneva on Monday.
Pisa University lecturer Alessandro Strumia sought to explode the myth that physics was biased in favour of men, but CERN said it thought the presentation, with its attacks on individuals, was unacceptable in any professional context and was contrary to the CERN Code of Conduct. It, therefore, decided to remove the relevant slides from the online repository.
Strumia said he himself had been a victim, allegedly rejected by the National Nuclear Physics Institute (INFN) which allegedly hired two female researchers instead of him with fewer research papers to their name.
He also said Oxford University extended the duration of exams in favour of women and Italy gave preferential treatment to them in its grants for scientific subjects.
CERN said these claims were "highly offensive" and suspended Strumia with immediate effect.
In a statement, CERN said: "CERN is a culturally diverse organisation bringing together people of many different nationalities. "It is a place where everyone is welcome, and all have the same opportunities, regardless of ethnicity, beliefs, gender or sexual orientation. "Indeed, diversity is one of the core values underpinning our Code of Conduct and the Organization is fully committed to promoting diversity and equality at all levels.
"CERN always strives to carry out its scientific mission in a peaceful and inclusive environment.
On Tuesday the INFN also suspended Strumia with immediate effect.
It said the measure had been taken "pending the results of inquiries into the case".
The INFN said it had "decided to proceed with the immediate suspension because Prof Strumia made, in an international public context, statements injurious to the image of the institute and, even worse, discriminatory and openly damaging to the reputation of female and male researchers at the INFN, in violation of its ethical code and the code of conduct aimed at safeguarding the dignity of the institute's people".