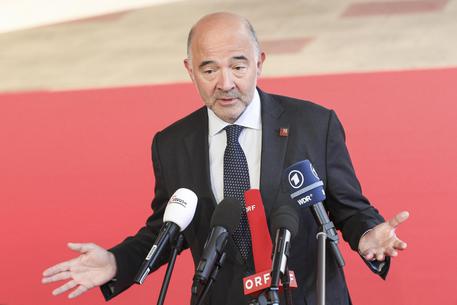 (ANSA) - Brussels, September 28 - European Economic Affairs Commissioner Pierre Moscovici said Friday that debt makes nations poorer after the Italian government announced it would let its budget deficit rise significantly next year. "I want to continue dialogue with the Italian authorities, saying that respecting the rules is not for us, it's for them, because when a country gets into debt, it makes itself poorer," Moscovici told French TV network BFM. "If the Italian people continue to get into debt, what will happen? Interest rates will increase and servicing the debt will cost more.
"The Italian people must not be mistaken - every euro more of debt is a euro less for highways, for schools, for social justice". The Commissioner stressed, however, that he does not want a showdown with Italy over the budget.
"It's likely that the structural deficit will increase and we have various (possible) responses (once we have evaluated the budget)," Moscovici said.
"But my reflection this morning is a simple one - we have no interest in a crisis between the Commission and Italy. "Sanctions are theoretically possible, they are foreseen in the treaties, but sanctions are not my spirit and they never have been.
"The rules should be respected and these rules are not stupid. If the debt rises, we create an unstable situation".