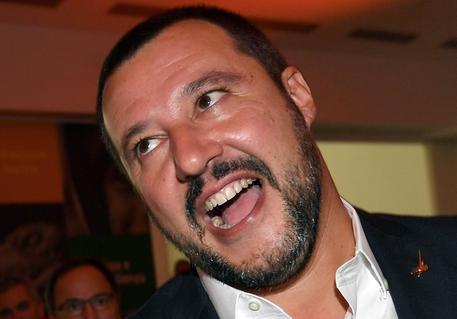 (ANSA) - Milan, September 10 - Deputy Premier and Interior Minister Matteo Salvini said Monday that Italy would consider cutting the amount of money it puts into the United Nations. The comments came after Michelle Bachelet, the United Nations' new human rights chief, said the UN wants to see a team to Italy over reports of migrants facing attacks and racism. "The UN is an organization that costs billions of euros, to which Italy gives over 100 million every year in contributions and we will weigh with our allies on the usefulness of continuing to give these 100 million euros to fund waste, embezzlement, theft for a body that wants to give lessons to Italians and that also has countries that engage in torture and (still have) the death penalty," Salvini said.
"If I were the UN," Salvini continued, "I would have half a world to send inspectors to before Italy. Go look for racism elsewhere, not in Italy." Bachelet said Monday that: "we intend to send personnel to Italy to evaluate reports of a sharp increase in acts of violence and racism against migrants, people of African descent and Roma." She added that a team would also be sent to Austria for similar reasons.