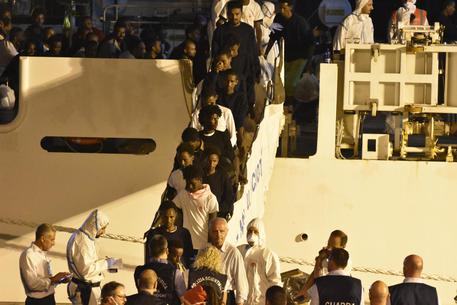 (ANSA) - Rome, September 7 - Volunteers for an association that helps asylum seekers said Friday that 17 people suspected of being among 40 migrants who went missing from a Church-run migrant centre after being transferred from the Diciotti coast guard ship have been tracked down by police in Rome. The Baobab association volunteers said the 17 were taken from the area of Rome's Piazzale Tiburtino to the city's immigration office to be identified. The volunteers said the police involved in the operation "confirmed that the were searching for the migrants who disembarked from the Diciotti" and who then left their migrant centre at Rocca Di Papa, south of Rome.
Some 100 Eritrean migrants were moved to the centre last week after a standoff between Interior Minister Matteo Salvini and the EU.
Salvini, who is accused of kidnapping them, kept them aboard the Diciotti for 10 days saying they would not land until the EU agreed to take them in.
In the end Catholic bishops agreed to take 100 while Ireland and Albania said they would take 20 each.