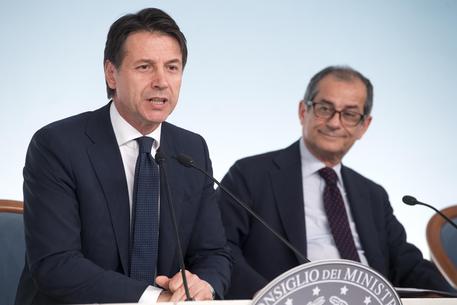 (ANSA) - Rome, July 26 - Premier Giuseppe Conte said Thursday that the League-5-Star Movement government has rescinded a leasing contract with Alitalia for an Airbus A340-500 for State flights that had been agreed with the 2014-16 government of former premier Matteo Renzi. He said the move would mean "less waste of public money, less useless spending". He said the expenditure amounted to around "150 million euros for eight years of rental, including 20 million to reconfigure an aircraft that was almost never used".
Renzi, the former head of centre-left Democratic Party (PD), hit back at once.
"When the fake news about Renzi's aeroplane comes back, it means they are desperate," Renzi said.
"That aeroplane was not for me, but for the international missions of companies. I never set foot in it.
"(Labour and Industry Minister Luigi) Di Maio has written a decree that will sack 80,000 people," he added, referring to the government's 'dignity decree' against job instability. "They should talk about that, not about fake news".