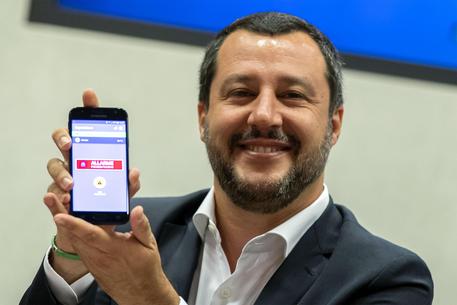 (ANSA) - Genoa, July 5 - The prosecutor in a case in which the Cassation Court has ruled to freeze 49 million euros in allegedly misappropriated public funding to the rightwing League said Thursday League leader Matteo Salvini is "nice" but "we have to be clear, there's nothing political here". Genoa Chief Prosecutor Francesco Cozzi commented on Salvini's request to see President Sergio Mattarella to stop the League being "outlawed by a sentence that had nothing to do with me" by saying "I like Salvini, I wish him all the best, but it has to be clear there's nothing political here".
"It's a technical case and the prosecutor's office acts on technical profiles," said Cozzi.
He said the seizure of the allegedly embezzled funds by former League officials including ex-leader Umberto Bossi would have to await a definitive sentence from the Cassation Court.
"Only at that point will we be able to proceed with the seizures.
"We are operating as we would have with any party".