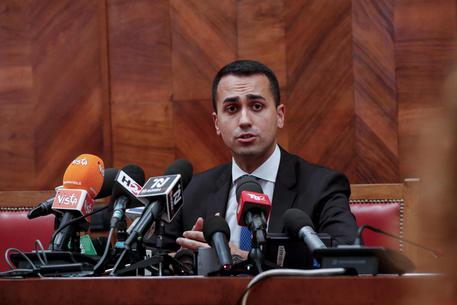 (ANSA) - Rome, June 22 - Labour and Industry Minister and Deputy Premier Luigi Di Maio on Friday hit back at French President Emmanuel Macron after he spoke of "populist leprosy", reportedly regarding the Italian government and its hard-line stance on migrants.
"I am seeing unprecedented things at the international level, above all at the European level," said Di Maio, the leader of the 5-Star Movement (M5S).
"There is agitated behaviour by heads of State, by the French president, who spoke of being good neighbours when Italian governments kept their mouths shut and now is started to attack us every other day. "One day he said he doesn't want to offend Italy, the next he talks about leprosy.
"The real leprosy is the European hypocrisy of some States who push back migrants at (the French-Italian border at) Ventimiglia and then moralise about how to manage them".