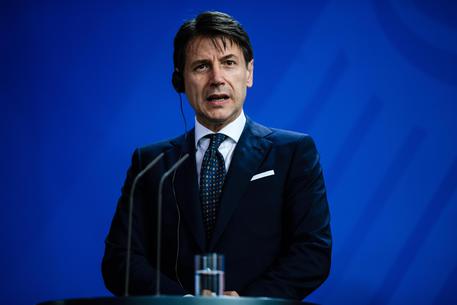 (ANSA) - Rome, June 21 - Premier Giuseppe Conte said that he had spoken to German Chancellor Angela Merkel on Thursday and won assurances that a draft document for Sunday's meeting of eight EU states on migrants would be binned after it irked Rome.
Interior Minister and Deputy Premier Matteo Salvini had suggested Conte might snub Sunday's meeting after the draft put great stress on the stopping secondary movements of migrants within the EU and speeding procedures to send them back to the State where they first arrived - which is frequently Italy.
Conte told European Council President Donald Tusk in Rome on Wednesday that it was unthinkable for Italy to also have to take migrants that have made secondary movements, given that it already is widely recognised as being the country most exposed to primary migrant flows.
The premier said on Facebook Thursday that Merkel had called because she was worried that he might not attend the meeting.
"The Chancellor clarified that there was a misunderstanding," Conte said, adding that Italy will make a proposal on tackling the migration problem at the meeting. "The draft released yesterday will be shelved.
"The meeting (on Sunday) will not end with a written conclusion, but just with a summary of the issues that were addressed and will be discussed at (next week's) European Council.
"No one should think they can disregard our positions".
Italy will propose the creation of European protection centres in migrants' countries of origin and transit in order to assess asylum requests outside Europe among other measures at Sunday's information meeting of EU leaders in Brussels, government sources said on Thursday.
Rome will also push for stronger relations with third countries to stop the "traffic of death" and the reinforcement of the EU border, the sources said.