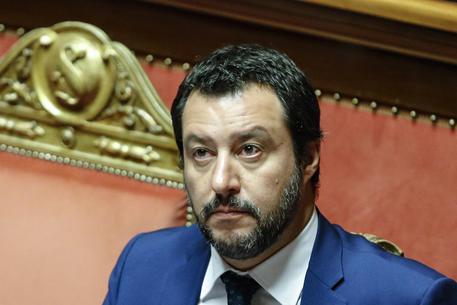 (ANSA) - Rome, June 5 - Interior Minister Matteo Salvini on Tuesday said he is "very satisfied" over the rejection of the proposed Dublin Regulation reform by seven countries, including Italy, at Tuesday's justice and home affairs council in Luxembourg, and called it "a victory for us".
"We had held an opposing position, and other countries came to stand behind us; we broke the front," Salvini said.
"That means it's not true that it's not possible to influence European policies," he said.
The seven countries that rejected the draft Dublin Regulation reform presented by the Bulgarian EU presidency were Italy, Spain, Austria, Romania, Hungary, Slovenia and Slovakia.
Estonia, Poland and Great Britain did not express an opinion.
The other 18 countries, despite being unsatisfied, expressed willingness to leave the door open to negotiations.
Among those countries are Greece, Malta, and Cyprus, thus breaking ranks with the Mediterranean front.