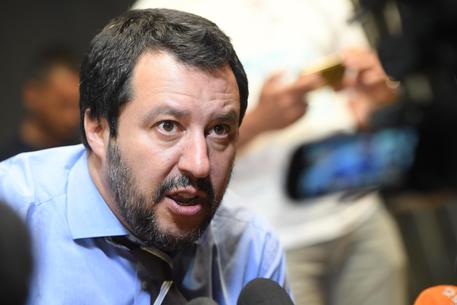 (ANSA) - Luxembourg, June 5 - Austrian Interior Minister Herbert Kickl said Tuesday that Vienna considers Italy to be "a strong ally", adding that he will speak to his Italian counterpart Matteo Salvini later in the day. Entering a justice and home affairs council in Luxembourg, Kickl added that, if there is no agreement on the proposed reform of the Dublin regulation, he would "announce something like a small Copernican revolution" on asylum policy at an informal meeting of interior ministers in Innsbruck in September, which will be held under the Austrian EU duty presidency. Salvini, who is also deputy premier and leader of the rightwing, anti-migrant League party, said Monday that the new Italian government intends to work with Hungarian Prime Minister Viktor Orbán's administration to reform the European Union. "Today I had a cordial telephone call with Hungarian Prime Minister Viktor Orbán," Salvini told a rally at Fiumicino, near Rome, late on Monday.
"We'll work to change the rules of this European Union".