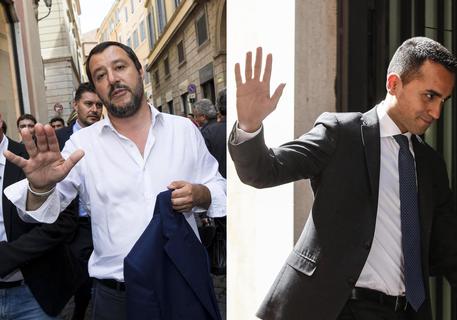 (ANSA) - Rome, May 17 - 5-Star Movement (M5S) leader Luigi Di Maio said Thursday that he was confident a deal with the League on a programme for a new government will be reached by the end of the day. "I think that we will close the (government) contract in the evening," Di Maio told reporters at the Lower House after meeting League leader Matteo Salvini, saying all the issues had been solved.
When asked about the thorny issue of who will be the premier of an eventual M5S-League executive, Di Maio replied: "we are still reasoning, it's not closed yet".

He also said he and Salvini would thrash out the name of a new premier "in a matter of days."
A government contract between the anti-establishment 5-Star MOvement (M5S) and the anti-migrant Euroskeptic League will "probably" be put to M5S members on their online platform on Friday, he added.