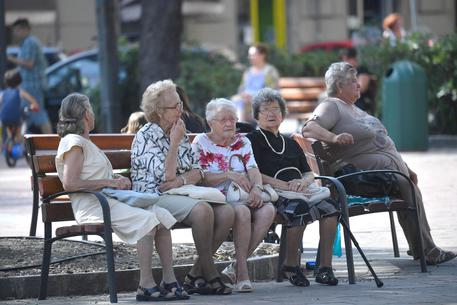 (ANSA) - Rome, May 16 - Italy's population fell for the third consecutive year in 2017 and continued to age, ISTAT said in a report on Wednesday.
The national statistics agency added that the country also feels more fragile, with 17.2% saying they have no social support, or almost none.
The agency said that on January 1, 2018 there were an estimated 60.5 million people in Italy, down by nearly 100,000 over the previous year.
The population included 5.6 million foreigners, or 8.4% of the total. ISTAT also said Italy now has the second oldest population in the world, with 168.7 elderly for every 100 young people.
Life expectancy in Italy in 2017 rose to 80.6 years for men and 84.9 years for women, ISTAT said. Italians could expect to live longest in Florence (84.1 years) and in the northern province of Trento (83.8 years).
Conversely, life expectancy was shortest in the Campania provinces of Naples and Casterta (both 80.7 years).