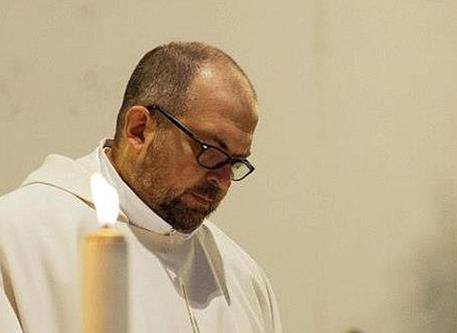 (ANSA) - Bologna, March 30 - A 25-year-old Moroccan man was arrested Friday on suspicion of raping a 17-year-old girl in a Bologna station train wagon in a case that caused a stir when a local priest said he didn't feel sorry for her and implied she had been asking for it.
Dhabi Amine has been charged with sexual violence.
The priest was forced to apologise in November after saying he didn't feel sorry for the girl who was raped in the train carriage after getting drunk.
"I'm sorry but if you swim in a piranha tank you can't complain when you're missing a limb when you get out," said Father Lorenzo Guidotti, a parish priest in Bologna.
"Should I feel pity? No!!. I keep that for those who are really VICTIMS of a sh***ily run city, not for those who live like barbarians with barbarians and then complain when they discover they haven't been treated civilly. Those who CHOOSE the GETWRECKED culture should let others 'enjoy themselves too".
Father Guidotti said "waking up semi-naked I'd say is the least that could have happened to you." He said "honey, I'm sorry but 1) you frequent Piazza Verdi which has become the "a**hole of Bologna...2) you get disgracefully drunk...3) and then who do you go with, a North African?!!! Notoriously, real gentlemen".
The archdiocese of Bologna said Father Guidotti's views did not reflect its thinking.
Father Guidotti's views "are personal opinions which do not in any way reflect the thinking and the assessment of the Church, which condemns all kinds of violence," the archdiocese said in a statement.
The diocese, led by Msgr Matteo Zuppi, also published a statement from Father Guidotti in which he apologised to the girl.
"I was wrong with my intervention, the terms, the ways, the corrections. I can only therefore apologise to her and her parents if my imprudent words may have added pain, which will happen in reading them," said Father Guidotti.
The priest said he recognised he had "expressed himself in an inappropriate way and intended to clarify his thinking".
He appealed to parents and the authorities to combat what he called the 'get high' culture that he said was endangering young people.
Father Guidotti said: "I ask everyone, who have perhaps a better capacity for language and possibilities (authorities, journalists, teachers, parents) to help dismantle this get-high culture our young people are living in.
"Otherwise tomorrow we will have to feel pity for another victim, and then another.
"Until when? Until we are able to say 'enough!'".
"It is necessary to supply an alternative," he said.
The priest also apologised for appearing to offend migrants, saying he had nothing against them.
photo: Father Guidotti