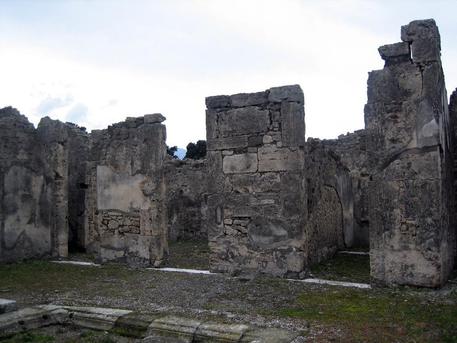 (ANSA) - Naples, March 21 - An American tourist accidentally moved some tesserae of a mosaic at Pompeii's House of the Sailor in order to photograph the mosaic on Wednesday.
Quizzed by police, the man said he had only been trying to get the best snap and was unaware he had shifted some earth built up after recent rain, moving the tesserae.
The bits of the mosaic will be replaced shortly, officials said.
The ancient Roman city of Pompeii was buried by an eruption of Mt Vesuvius in 79 AD.
It is one of Italy's most popular tourist sites.