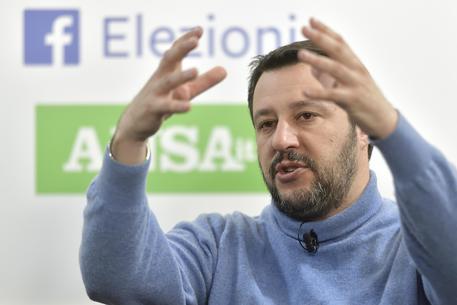 (ANSA) - Rome, February 21 - Anti-migrant Euroskeptic League leader Matteo Salvini said Wednesday he did not want to take in "refugees" from the anti-establishment 5-Star Movement (M5S), expelled because they broke political-cash repayment rules or because they are Freemasons. Salvini spoke after his centre-right ally Silvio Berlusconi said he was willing to welcome those expelled from the M5S as long as they signed up to the centre-right government programme after the March 4 general election.
"I'm aiming to win following the centre-right programme, without taking in political exiles or refugees from the Five Stars," Salvini told a press conference at the Senate.
"The (M5S) could have selected their candidates better before, it's the first case in history where they leave before they are elected," he said.
The Freemason candidates and those who broke party repayment rules will be expelled if they are elected, M5S leader Luigi Di Maio has v wed.