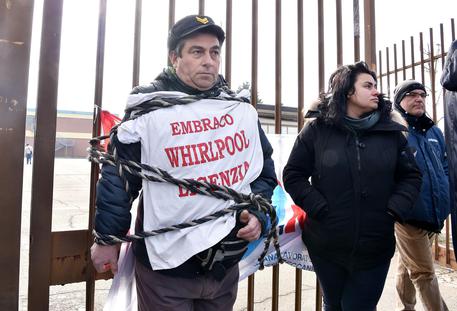 (ANSA) - Brussels, February 20 - European Competition Commissioner Margrethe Vestager has promised to be "intransigent" on Embraco's moving 500 Italian jobs to Slovakia, Industry Minister Carlo Calenda said after meeting her Tuesday.
As European Parliament chief Antonio Tajani said the "unacceptable" situation highlighted the need for deep and swift changes to the EU, Calenda said the talks with Vestager on a possible exemption from State-aid rules had gone "well".
Vestager, he said, will hold a press conference Wednesday and she has "a very clear view of the issue".
He said "she assured me that the Commission is very intransigent in assessing cases flagged up where there is a problem of the wrong or not permitted use of aid, or worse, State aid to attract (business) by countries that are part of the EU".
Calenda sent an encouraging message to Embraco workers not to give up the fight against the Whirlpool unit shutting its Italian plant and moving the jobs to Slovakia. "Let's not give up, we are working at all levels, we are working here (in Brussels), we are working with Invitalia which has started mapping out alternative projects for industrialisation, we won't give up as happened in other crises before this one," Calenda said in Brussels.
Earlier Calenda said he would ask Vestager for an exemption from EU treaties on State aid to deal with the case of Embraco, the US multinational Whirlpool unit that is sacking its 500 Italian employees as it moves production to Slovakia.
"There are structural conditions," that mean eastern European countries have lower labour costs, he said.
"I couldn't frame a rule saying that labour costs should be so much lower for Embraco, because that would be State aid. But I think you can interpret the treaties to say that in this specific case, of a firm moving to Slovakia, the norm may be flouted.
"Let's see what Vestager's answer is".
Embraco on Monday refused to change plans to sack its 497 workers at Riva di Chieri near Turin, prompting Calenda to say he would no longer "meet this scum".
Calenda had asked the Brazilian company to agree to use a government layoff fund, but Embraco refused point blank.
An Embraco worker, Daniele Simoni, on Tuesday chained himself to the factory gates.
"I don't want to give up, it's my factory that fed me for 25 years, as long as there's a chink of light I won't give up", he said.
Labour Minister Giuliano Poletti said the government was ready to employ "social buffers" to help the 500 workers who are being laid off as Embraco moves its production to Slovakia. "We will work alongside the workers to foster the process of reindustrialisation of that site and we are ready to use social buffers in favour of a project that will give continuity to the firm," he said, referring to lay-off funds.
"We view as unacceptable the conduct of the company which has chosen not to withdraw the firings," Poletti went on.
This would have "allowed us to start the process of reindustrialisation. Something that is not possible in this phase".
Meanwhile, back in Brussels, Tajani said the situation at Embraco is "unacceptable". Speaking after meeting Calenda, Tajani said the situation "shows that Europe must be profoundly changed, and rapidly." He said "this must be a joint commitment of any future Italian government".
Tajani has been touted by centre-right leader Silvio Berlusconi as a possible premier.