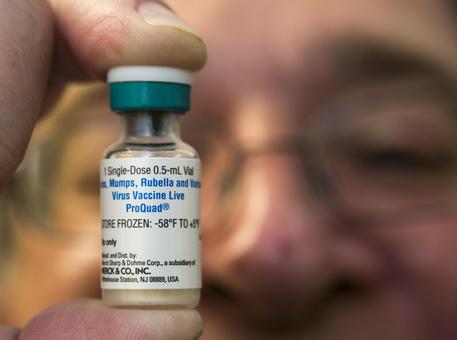 (ANSA) - Rome, February 20 - The measles in 2017 killed 35 people in Europe, where 21,315 people contracted the disease, up 400% on the previous year, the World Health Organization (WHO) said Tuesday.
Only 5,273 cases were registered in 2016, a record low, the WHO also said.
Fifteen European countries recorded the highest number of cases, with Romania, Italy and Ukraine topping the list, the European chapter of the organization said.
Out of 53 countries in the WHO's European region, 15 - or one in four - registered an outbreaks with more than 100 cases.
Romania ranked first with 5,562 reported cases, followed by Italy with 5,006 and Ukraine with 4,767.
The organization said the spike in measles cases was mainly due to a combination of multiple factors including an overall decline in vaccination rates, interruptions in vaccine provision and poor monitoring.