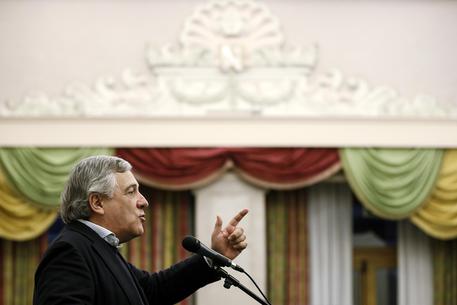 (ANSA) - Rome, February 15 - European Parliament President Antonio Tajani said Thursday that the European Union's 3%-deficit-to-GDP-ratio limit must be respect while it is in force, while stressing that this does not mean the rule is unchangeable. "The 3% limit is a rule that should be respected," Tajani told Radio Anch'io. "That said, rules can be changed too. It's not a taboo". Tajani is a member of Silvio Berlusconi's Forza Italia (FI) and the media billionaire has said the EP president could be a good premier if the centre right wins the March 4 general election.
"I think that Italy should count for more in Europe after the upcoming elections, it should be more present and make its voice heard," Tajani said.
"We cannot just be extras. Unfortunately, Italy is not one of the major players in Europe".