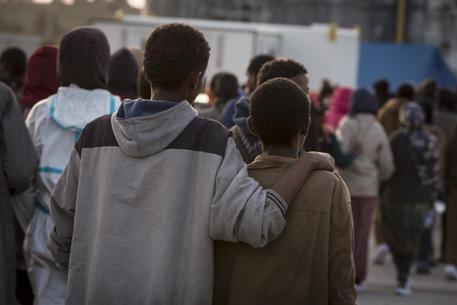 (ANSA) - Caserta, February 14 - Voodoo rites were used on a Nigerian minor to make her prostitute herself, as well as beatings and threats against her family in Nigeria, police in Caserta northwest of Naples said Wednesday. Police arrested three people from Ghana and Nigeria: two Nigerian women, Joy Kingsley, 48, and 38-year-old Edith Osazuwa; and a Ghanaian man, 32-year-old Seare Seth Asare. The girl suffered the mistreatment and rites at Castel Volturno near Caserta, where there is a large African community, police said. The town, dubbed a 'banlieue' by the media, hosts some 20,000 foreigners, almost three quarters of them irregular immigrants.
The Nigerian mafia controls prostitution rackets there as well as the abduction of young woman, mostly from Nigeria and neighbouring countries.
The three arrestees are accused of various crimes including putting a person into slavery.
As well as the young Nigerian girl forced to prostitute herself, police said the trio were also holding two other foreigners who were made to work the Domiziana state highway.