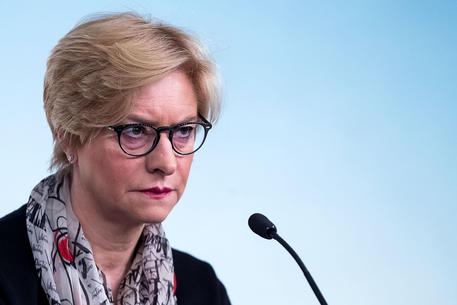 (ANSA) - Rome, February 13 - Italy is to halve its 1,500-strong military contingent in Iraq this year, the defence ministry confirmed Tuesday. Italy will "guarantee its commitment in Iraq inside the Coalition, reducing by about a half its military deployment on the basis of developments in the security situation and the Iraqi needs and on the basis of future common objectives agreed during an anti-ISIS ministerial meeting which took place in Rome today," it said.
In Iraq, the ministry said, "Italy has contributed in a substantive way to the defeat of Daesh (ISIS) through the reconstruction of the Iraqi security forces, including the Kurdish component.
"The current scenario enables Italy to start a significant reduction of the national contingent (currently composed of around 1,500 soldiers) which can be roughly halved".
During the course of the anti-ISI country ministers' meeting, "Iraq thanked the coalition and especially Italy for the important contribution given to the fight against terrorism and the training of soldiers and police forces at Baghdad, Erbil and Mosul".
photo: Defence Minister Roberta Pinotti