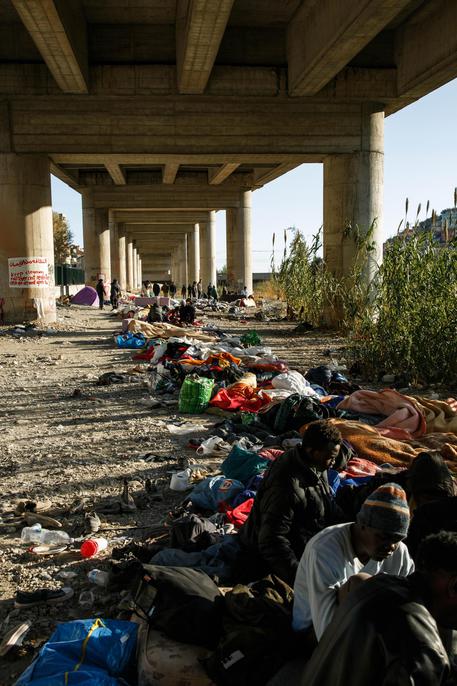 (ANSA) - Rome, February 8 - At least 10,000 asylum seekers and refugees in Italy between 2016 and 2017 were living in an estimated 47 "informal settlements", including occupied buildings, or stranded at the border in the northern cities of Ventimiglia, Como, Gorizia and Bolzano without access to basic necessities and medicines, Doctors Without Borders (MSF) said in a report out on Thursday.
In the report 'Fuori campo', or offscreen, MSF said that these asylum seekers and refugees were not part of the official system, although they were residing on Italian territory.
The report said the migrants came from various countries, from sub-Saharan Africa to the Horn of Africa, as well as from Syria, Iraq, Pakistan and Afghanistan.
Some of those surveyed had just arrived in Italy while others had been living in the country for years.
MSF also said that, in some instances, Italian citizens were living in the same place and sharing the same conditions as migrants.
The "informal settlements" cited in the report included abandoned or occupied buildings (53%), open-air accommodation (28%), tents (9%), shacks (4%), cabins (4%), containers (2%), mainly in the Lazio region, followed by Puglia, Sicily, Calabria and Piedmont.
Only 45% of settlements had access to water and electricity.
Small children under the age of five were found in 17 out of the 47 settlements surveyed by MSF, the organization said.