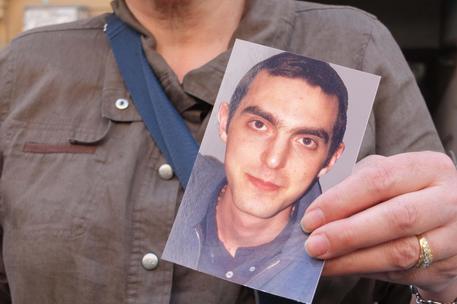 (ANSA) - Rome, February 7 - The final report of a commission on depleted uranium said Italian soldiers had been exposed to "shocking" levels of it in Italy and on foreign missions, and that it had "helped sow deaths and illnesses".
However, the doctor whose expert opinion informed the panel's conclusions denied a link between uranium and cancer, promoting the Italian defence ministry to call the panels' charges "unacceptable". Levels of uranium in the sectors of security and workplace health for soldiers had been toxic and deadly, said the report from the parliamentary commission of inquiry. The report highlighted that military chiefs had been in "denial" on the phenomenon, and also stressed the "deafening silences maintained by government authorities." Experts heard by the panel had verified the links between exposure to depleted uranium and tumours, the report said.
Commission Chair Gian Piero Scanu of the Democratic Party said "repeated judicial sentences have consistently affirmed the existence of a causal link between exposure to depleted uranium and the pathologies cited by the soldiers: this is a milestone and now those who were exposed will have the possibility of getting justice without having to struggle as they have done so far".
But the Italian doctor whose expert testimony was cited by the commission as evidence that depleted uranium caused cancer in soldiers denied "ever saying that". "That is absolutely not my thinking, I never said that depleted uranium is responsible for the tumours found in the soldiers," said Giorgio Trenta of the Italian association for medical radioprotection. Trenta's report was cited by the panel as proof of the causal link between depleted uranium and cancer.
In response to Trenta's statement, panel chair Scanu said the cancer expert had denied what he told the parliamentary commission of inquiry. Scanu said Trenta' s former statements about the link were contained in sworn testimony made at an Abruzzo audit court and in his evidence to the panel on March 23 2016. "He was asked twice," Scanu said, "if he confirmed that version and he did not deny having issued it. I can't understand why the professor now wants to deny the responsibility of such (uranium-tipped) projectiles in generating the nanoparticles that are the real cause of many forms of cancer".
The past president of the Italian association of medical oncology (AIOM), Carmine Pinto, told ANSA Wednesday there is a potential link between exposure to depleted uranium and cancer. "Potentially the continuous low-dosage exposure to uranium can be carcinogenic," Pinto said. This type of exposure, "continuous and at low doses", is exactly what could be determined by soldiers in missions and exercises", using uranium-tipped shells.
The defence chief of staff said Wednesday that the parliamentary commission of inquiry had come out with "unacceptable" charges and there is no link to cancer. Speaking after Trenta disowned his past testimony, the defence chief of staff said "also in light of the statements from Professor Trenta the armed forces firmly reject the unacceptable accusations" from the panel and reiterated "the most complete availability to collaborate, as was shown at the technical negotiating table with the Commission, and stress the absolute transparency of all their activities".
The relatives of soldiers who died of alleged uranium-linked cancer have been suing the government for years and pursuing cases in the courts, amid denials from military authorities.
In 2016 a Rome appeals court upheld a guilty verdict for the defence ministry in the 1999 death from leukemia due to depleted uranium exposure of 23-year-old Corporal Salvatore Vacca who handled uranium-tipped munitions during a 150-day mission in Bosnia in 1998-99.
The court found the ministry guilty of not having protected Vacca.
It ordered the ministry to pay more than one and a half million euros in compensation to Vacca's family.
The families of other victims are suing the ministry for deaths allegedly due to depleted uranium exposure on several Italian missions.
Domenico Leggiero of the Military Observatory group said the sentence was "historic, because it confirms that the ministry was aware of the danger the soldiers sent to those zones were subject to".
He said "I am sure Defence Minister Roberta Pinotti will bear this ruling in mind when she appears before the parliamentary depleted uranium commission".
Italian authorities consistently played down the uranium risks.
photo: Fulvio Pazzi, who died after uranium exposure in Bosnia